Here you can find different tabs with Hotels, Restaurants and Maps for the day. 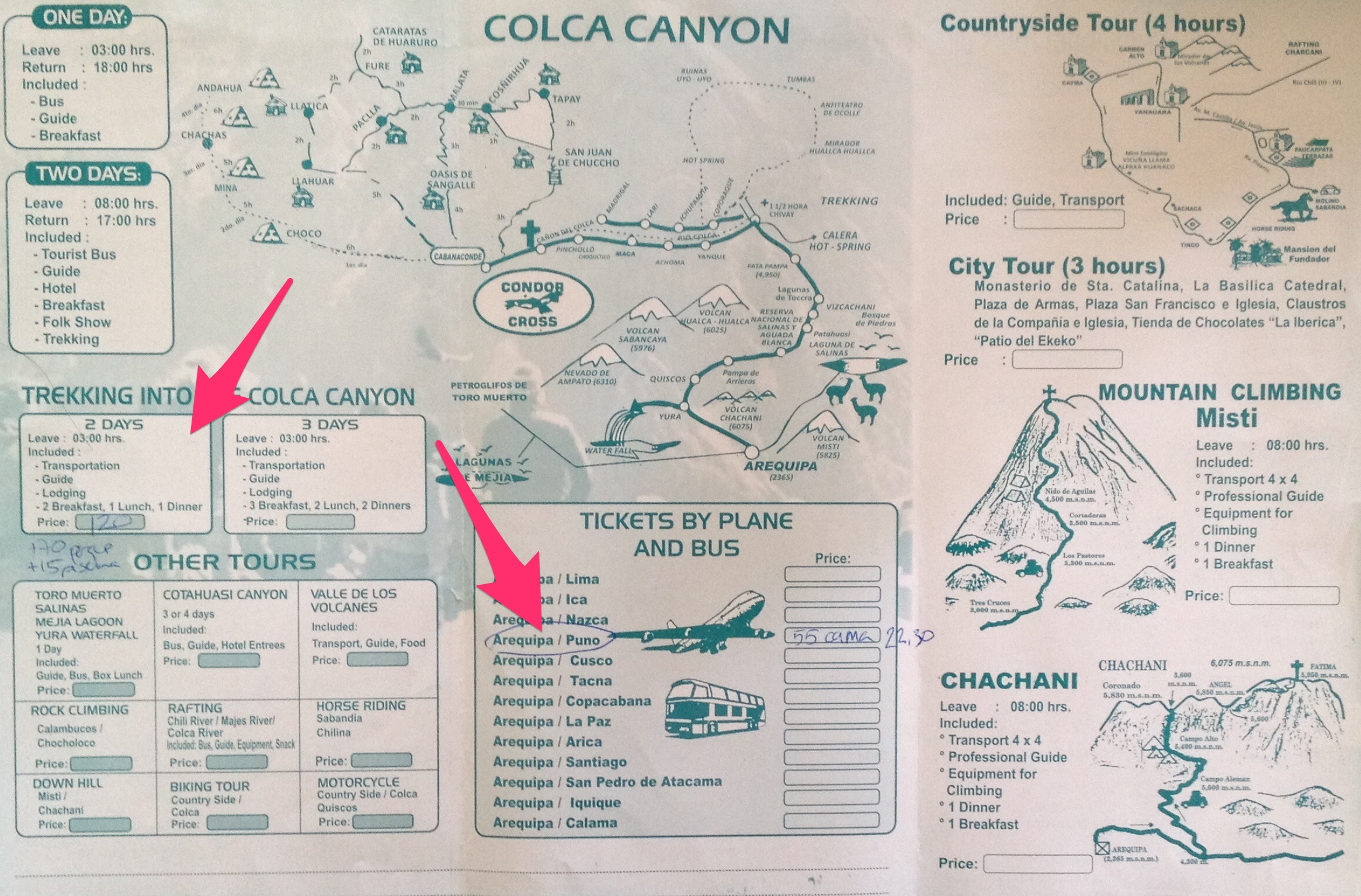 We had nice breakfast and then packed one bag to go (mine) and the other (identical, as we have two ikea bags)  in the hotel with Nuria’s work clothes and laptop.

We book the last night and took the posh taxi to the airport. We made sure before leaving that we had the hotel booked and the flight too from Cusco. From now on Nuria’s work laptop was staying behind.

After 90 minutes flight we landed in Arequipa welcomed by three impressive volcanoes. Wow. It was hight too! 2400 m, the objective being to gradually gain on altitude in our trip to Puno (at 4000m).

We took a taxi to downtown and the driver who was very nice, helped us finding a hotel: Los Balcones de Catalina, with a very nice bedroom with two beds and a huge balcony behind the cathedral.

Arequipa’s downtown is classified by UNESCO as “World Cultural Heritage” and in this trip, after being far from downtown in Lima, we decided we wanted to be always only few blocks from the “Plaza de Armas” that all villages have.

We went around to look for a tour operator to book the Colca Canyon trip. It was lunch time and the one that I wanted was closed so we went to a recommended restaurant called Zig Zag where we ordered the gourmet menu with Pisco Sour, salad and three classes of meat including alpaca served on a sizzling volcano stone with 4 sauces and queso helado as dessert,  really nice and only 55 soles each.

The place was beautiful in front of a plaza and our table was in the balcony on the first floor.

After lunch we continued looking for a tour operator for our Colca Canyon trip. The first tour we visited was very exclusive and expensive, so we went around and the next one has a price that was good for us. It was called Vicugna and it was located in the main street (see further down the prospectus). The only decision was to do the tour or trekking,  in the end we went for a two day one night in huts trekking.

That solved we visited the white city with beautiful buildings, mainly banks of white massive stone. We went to bed early as the tour came for us at 3 am.