The license place could be key in social media 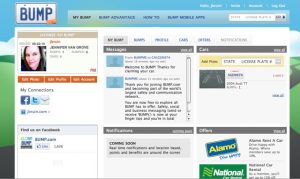 Ever wanted to tell the driver in front of you that their lights are off? Or maybe you’ve wanted to be the good Samaritan and warn someone that his meter has expired. Perhaps you just find the driver in the adjacent vehicle visually stimulating and are hoping they think the same about you.

These street scenarios face us drivers on a daily basis, but there’s never been an easy or safe way to message another driver or car owner. Enter Bump, a recently launched, private-beta startup (we’ve got invites) that has created a way to message other drivers by using the one unique identifier all drivers have in common: our license plates.
Bump users can message other drivers through voice-automated commands, photo snapshots of license plates and SMS. Bump also includes e-mail support, which you can use by directing your message to [email protected], where state is the two-digit state name abbreviation and plate is the individual’s license plate number.

Bump stores all messages sent to a particular license plate in the system until the plate in question is claimed by the plate owner. If you claim your plate, you can then start to receive messages as voice messages, e-mails or text messages. Of course, this also means that those messages you attempt to send to the hottie in the Audi TT won’t get delivered unless he or she has also claimed their plate on Bump — a clear limitation of the service at launch. 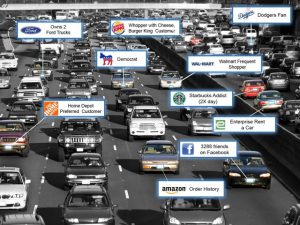 Bump members can also connect their Twitter, Facebook, and eventually Match.com profiles, e-mail accounts and cell phone numbers with their license plate to further complete the loop between the physical world and the digital world.
Eventually Bump will enter AAA’s realm and offer premium services to drives through a member program. Upgrades will include discount offers, special privileges and roadside assistance. The company is also working with rental car companies, sports leagues and fast-food outlets on marketing initiatives to target special offers to members on the road by tapping into existing video cameras. In this capacity, Bump aims to bring Groupon-like discounts to the real world through license plates, which may be a bit too ambitious for privacy-conscious drivers.

The service’s immediate and long-term success will rely on drivers claiming their plates. The challenge, however, is that even without offers directed at individual license plates, Bump’s technology will likely be a bit too intrusive for those who would prefer not to incorporate their license plate as part of their virtual and physical identities.

Right now Bump is available as a website and mobile web app, but the company has plans to release an app for iPhone, Android and BlackBerry in the near future. Bump is still in private beta, but 250 Mashable readers can start using the service today. Simply enter the invite code “mashable” during the registration process.

Bump has raised $1 million in Series A funding and recently appeared at DEMO in Silicon Valley. The startup is in the process of raising a Series B round that will likely reach $8 million. The startup also recently acquired Platester, a license plate messaging platform, for an undisclosed sum.