Great Travel guides for the iPhone

Condé Nast Digital Britain recently unveiled a series of apps for the iPhone and iPod touch, dubbed Condé Nast Traveller City Guides. There are four separate apps for Barcelona, New York, Paris and Rome priced at around $9.99 each. 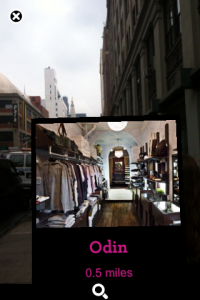 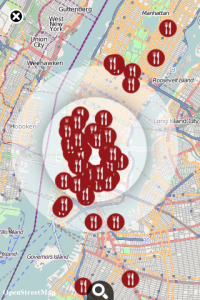 What’s most impressive about the apps is their Augmented Reality functionality (pictured above). Simply point your phone in a direction and it will bring up images of nearby attractions, which you can narrow down by type. You can also use GPS to pull up venue locations on a map.

The apps contain a number of other neat little features as well, including a handful of guided audio tours and magazine articles, a travel journal, a Flickr-integrated personal photo log, a timeline of the city’s history and essential travel information about local customs, transportation and the location of tourist offices and so forth.

The only major drawback are the prices, which are hard to justify when free apps like restaurant-finder Urbanspoon also come with many similar features (although Urbanspoon’s Augmented Reality functionality is admittedly more basic and many users would rather read a review from a food editor than from the guy next door). In all fairness, Zagat’s TO GO app [iTunes link] also costs $9.99, but then it has a key feature Condé Nast Traveller’s does not: the ability to make restaurant reservations. It also covers almost every major U.S. city in one app.