Catlins and the Sea Lions 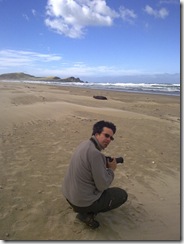 We woke up in the house with great views over the ocean (hilltop backpackers) that we had for ourselves. We had breakfast and we took the road in the opposite direction to go to a couple of places that we missed in our way here: two waterfalls (McLean falls and Purakaunui falls) a lake and then we continued to a beach where the sea lions are. There we say a big one! Finally close to kaka point (yes…) Nugget Point, where a famous lighthouse is, with astonishing landscape and a lot of fur seals. Beautiful. All small and playing around. 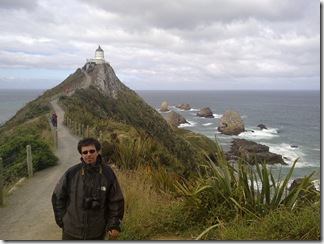 After that we continued to Otago peninsula and we stopped at Dunedin, a major University city, and we are staying at Elm Backpackers. This is where I am now, writing because I found that they have wifi (yupi!) paid of course, so I am going to post the last 4 days… After leaving our stuff at elm’s we went to the Otago peninsula where we followed a crazy road to the far end, where the albatross and the supposed penguins are (we did not see any though).

Latter one we went back to Dunedin and we walked a bit downtown. Nuria wanted to have dinner at a Japanese so we did, Yuki Izakaya. Very nice. After that, to bed. The day after we have a long way to go to Mont Cook. We have already driven 5300km…. And if you want numbers, yes I have already taken 2334 photos with the nikon 😉