location based apps: the future 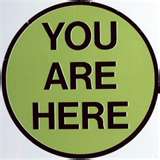 I have talked in the past about location based apps. Now google targets your searches depending on your location. New browsers ask you if you allow them to know where you are so the results are more location based, and not only traditional searches but more and more real time social network news from twitter and others. Google for instance by using iGoogle, you can have latitude so your friends can know where you are at a specific time.

As Internet is moving at giant steps towards smart phones which now provide a decent browsing and Internet experience such as iPhones and new Android phones (nexus one, droid and others) and why not by the new segment surging now in a serious way, such as iPad, and soon others (probable android based ones), location is the next big thing, so if you are an investor, consider new companies such as foursquare, gowalla, or what it has been and still is my favorite: tellmewhere.

All this smartphone apps allow you to check in at a certain place so you can know who is there (you set up your privacy levels, of course) and depending on the app you can do several things.

What I like about tellmewhere is that it is simple, you check in or you review a place. If it does not exist you can create it. You can upload photos of that place and read comments. You can add it to your todo list (if you would like to visit it) and give tips. It is linked to your facebook and twitter accounts so you can spread the word.

Tellmewhere was small at the begining. It was an app basically for France. I started using it (it is call dismoiou) but now they have received some funding and it is in english, a 2.0 version of the app with checkins and much more. The beauty of it is that is sort of a location based wikipedia. You can create/edit a place, list it under the right category and add photos, etc… Other apps such as foursquare had a game part like being a major of a place (if you check in often) which is a cool thing. Others, like gowalla allow you to take virtual stuff (a piece of pizza, a boot…) and leave stuff. Personally I don’t like this game side of the app and gowalla is the one I use the least.

Facebook is clearly the biggest social network out there. They have now redesigned their web interface for their 6th anniversary when they have reached more than 400.000.000 users. It still think it lacks location. Twitter is great too but location is basic. You can use nice clients such as tweetie to keep updating your profile location but I see this more like a workaround. Also it does not support natively photos. You have to use twitpic or yfrog (that I prefer) for that. I like to have all in one place. Ideally Facebook should have location but it would not be the ideal solution too, as I see facebook and twitter complementary. One for your network of friends (Facebook) and one for shouting out loud to everybody (twitter).

My work around is brightkite. I also talked in the past. Is the app I use in the iPhone to tweet/twit (not to read the tweets) and to update facebook. I can handle photos and location. Unfortunately not video like yfrog with twitter, but the best compromise out there for creating content (writing) and send it to your desired social networks. 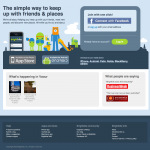 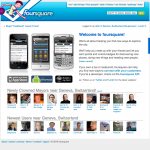 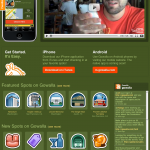 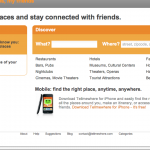 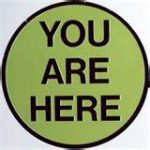 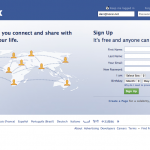 Give tellmewhere a try. It will succeed if they get the right critical mass, and for the time being, in the US I guess the winner is foursquare.