the meaning of "open" for Google 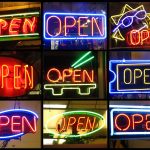 At Google we believe that open systems win. They lead to more innovation, value, and freedom of choice for consumers, and a vibrant, profitable, and competitive ecosystem for businesses. Many companies will claim roughly the same thing since they know that declaring themselves to be open is both good for their brand and completely without risk. After all, in our industry there is no clear definition of what open really means. It is a Rashomon-like term: highly subjective and vitally important. The topic of open seems to be coming up a lot lately at Google. I’ve been in meetings where we’re discussing a product and someone says something to the effect that we should be more open. Then a debate ensues which reveals that even though most everyone in the room believes in open we don’t necessarily agree on what it means in practice. This is happening often enough for me to conclude that we need to lay out our definition of open in clear terms that we can all understand and support. What follows is that definition based on my experiences at Google and the input of several colleagues. We run the company and make our product decisions based on these principles, so I encourage you to carefully read, review, and debate them. Then own them and try to incorporate them into your work. This is a complex subject and if there is debate (and I’m sure there will be) it should be in the open! Please feel free to comment. There are two components to our definition of open: open technology and open information.

(extracted from the official google blog)