Yesterday at the WWDC Steve Jobs announced the new iPhone 4. We were expecting it after all the leaks in internet, from the stolen/lost iPhone 4 prototype in a bar to the ones found in Vietnam. We knew he would probably was going to announce a new iPhone. 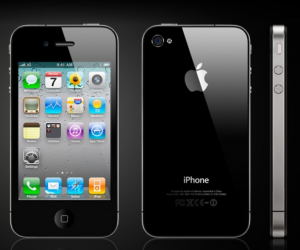 From all the videos, photos and rumors we did not know the specifics, and now we do.

The iPhone 4 running iOS 4 (the renamed that), has a retina display with 4 times more pixels per inch than the iPhone 3GS. Pretty astonishing for what I read. The resolution is 960×640. No other phone out there is close to this. It is twice the resolution of an old iPhone, with a contrast ratio of 800:1.  If the nexus one screen with OLED was great but unusable with direct sunlight, this is another story.

I hope once they can scale this technology they port it the macs and iPads. Basically you can not see the pixels… incredible.

The new iPhone has also 2 cameras, a front one for FaceTime (I will explain further down) and a proper one on the back with 5Mpx. Not too many pixels, but a very good sensor that works with low light. The fight for pixels is over, you need good lense and great sensors, and looks like it does have one. 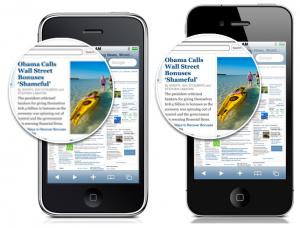 This back camera will have a led (flash) and will allow to take HD videos (720p and 30fps) and they are porting the touch the screen to focus to the video as well, which is great. Also, they have added digital zoom and iMovie to edit your videos with the iPhone like a pro 😉

There are rumors that iWorks will be also migrated to iOS4.

Continuing with FaceTime basically is the fact that you can use the front camera to have video calls, using wifi only for the time being, and between iphones… using open protocols. I hope in the near future you can use this with skype or qik or ichat or other clients that can be used in a computer. In my case I would love to be able to use an iPhone 4 front camera to chat with my brother (now in Nigeria) or my mum (in Spain) using their computers.

The new iPhone has the expected A4 chip that ships with the iPads and will give the iPhone a great battery life (7h 3G talk, 6h 3G browsing, 10h Wi-Fi, 10h video, 300h standby). I am a bit disappointed that they will have 8, 16 and 32 Gb. I was expecting a 64Gb, but knowing Apple we shouldn’t be surprised if they leave this for Christmas or next release.

It is 24% thinner than the iPhone 3gs, and they claim it is the thinner smart phone.

It has also a 3 axis gyroscope which I bet will be great for those who play with the iPhone.

For the connectivity, it has wifi n (great) and the back of the body is plastic, having steel all around which is used as the antenna, for which we have to suppose that the speeds and coverage will be better/faster.

Well this is basically it. It will launch in the US on the 24 June. Also France, Germany, Japan, and the UK. I think is 18 more countries sometime in July (including Switzerland) and the rest of the world in August.

You can see the official announcement here.