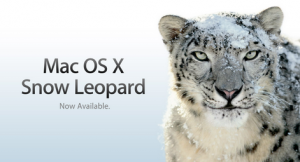 Don’t let Apple’s marketing enchant you – upgrading to Snow Leopard isn’t exactly the hassle-free affair that the Mac maker wants you to believe. You must pick the right cat for you, identify incompatible apps, plan your upgrade path, and customize the installer. Enter Geek’s guide to installing Snow Leopard, the definite resource for Mac fans eager to tame Apple’s big cat.

First of all, you’ll be delighted to know that the $29 Snow Leopard upgrade installs on Tiger Macs after all, despite Apple’s insistence that it’s strictly for Leopard people. Although Apple said Tiger users should either upgrade to Leopard before moving to Snow Leopard or migrate directly, using the $169 Mac Box Set (containing Snow Leopard, iLife ‘09, and iWork ‘09), WSJ and Wired have discovered that a Tiger system can be upgraded directly to Snow Leopard via a standalone installer provided on the $29 upgrade disc, resulting in a $140 saving over the Mac Box Set.

If you’re planning to upgrade household Macs, go with Family Pack versions of Snow Leopard and Mac Box Set, $49 and $229, respectively. Lucky customers who bought a qualifying Mac or Xserve from Apple or an Apple Authorized Reseller between June 8, 2009 and the end of the program on December 26 can get Snow Leopard through the Up-to-Date program for only $9.95 (free shipping) plus applicable sales tax.

The $499 server version comes with unlimited client licenses, making up for the hardware price difference compared with Windows-based servers sold on a per seat basis.

The compatibility of your third-party Tiger or Leopard apps is the first thing that needs to be assessed prior to upgrading. Apple re-wrote 90 percent of the 1,000 projects in OS X, a major brain transplant guaranteed to cause problems with a portion of apps and drivers (just ask early Vista adopters).

Despite Apple’s official stance, you can upgrade a Tiger system to Snow Leopard via the $29 upgrade disc.

Some of the popular apps that either don’t run at all or cause issues in Snow Leopard include Elgato EyeTV 3.0.0 to 3.1.0, Parallels Desktop 3.0, McAfee VirusScan 8.6, Norton NAV 11.0, some versions of AT&T Laptop Connect Card, Adobe Director MX 2004, Adobe Photoshop Elements, CuteFTP, DiskWarrior 4.1, FruitMenu, TiVo Desktop 1.94, Tinker Tool 3.94, WindowShadeX 4.3, and Google Gears browser extension, to name a few. In addition, Apple’s AirPort Admin Utility for Graphite and Snow Base Stations 4.2.5, Aperture 2.1.1, and Keynote 2.0.2 all exhibit issues in Snow Leopard.

In case you’re wondering, Microsoft Messenger, QuarkXPress, and Microsoft Office 2008 run without glitches. Apple may have also killed the support for legacy Palm devices via Palm OS HotSync conduit in Snow Leopard’s iSync 3.1.0, but there are ways around it in AppleInsider’s handy guide.

When it comes to Adobe’s productivity software, the company confirmed in its Creative Suite FAQ that CS4 is compatible with Snow Leopard and that the Photoshop team “found no significant problems” with Photoshop CS3.

However, you’ll need Acrobat 9.1 or later to produce PDF files in Snow Leopard outside the built-in system-wide PDF exporter. Older Macromedia and Adobe apps may experience a variety of installation, stability, and reliability issues and they won’t be updated for Snow Leopard, Adobe said. Users of a 2.5-year-old CS3 should know that the suite isn’t supported when running on Snow Leopard because Adobe hasn’t done the level of testing that true certification demands, a move that some dubbed a forced $699.99 CS4 upgrade.

Subtle tweaks, under-the-hood refinements, and speed gains are worth $29, the media say.

Due to aforementioned incompatibilities, you’ll need to identify which apps have issues by consulting a collaborative project at snowleopard.wikidot.com, basically a collection of independent compatibility tests posted by ordinary users checking Mac apps against the gold master build of Snow Leopard (version 10A432). The three-category list names tested apps that run with no issues, those that have some issues, and programs that don’t run at all.

Don’t forget to check out incompatible apps listed in Apple’s support document and see if your printer or scanner model is officially supported in Snow Leopard.

Here’s a sum up of key steps needed to ensure as painless installation as humanly possible:

You can perform a clean Snow Leopard install (with or without Tiger/Leopard in place) using the $29 upgrade disc, but make sure you back up your documents, apps, and settings first. Since your boot drive will be completely wiped out, you’ll need to re-install all your apps later. If you’re upgrading a pre-existing Tiger or Leopard OS, the installer will scan existing apps for issues, moving known incompatible items into an “Incompatible Software” folder.

A standalone installer on the $29 upgrade disc also lets you perform a clean install, even if you don’t have pre-existing Leopard or Tiger on your system.

A revamped Snow Leopard installer is a smooth sail: You basically mark a couple of check boxes and treat yourself with a coffee while the installer copies the files to your hard drive first, resulting in up to 45 percent faster installation than in Leopard. The installer doesn’t require an annoying immediate reboot and it’ll even start over if a power outage interrupts, without losing any data.

Snow Leopard reclaims about 6GB of space on your drive (less than half the space needed for Leopard) by installing only a subset of the most popular drivers, including those for printers and scanners that you had connected to your Mac in the past, as well as drivers for connected devices found on your network and hooked up to your Mac at install time.

Bear in mind there’s no point in manually selecting driver packs as this will increase Snow Leopard’s space footprint unnecessarily: A new Snow Leopard feature automatically retrieves the latest drivers off the Internet, via the Software Update tool, anytime a new printer or scanner is discovered locally or on a network. In fact, some device models have software available through Software Update only. Even if your Mac is offline, you should still uncheck driver packs because you can always install them from the install disc later, whenever needed.

If you don’t run PowerPC-only apps, you won’t need Rosetta, a software emulator that enabled PowerPC apps to run on Intel Macs. The installer deselects Rosetta by default but you may check it if you run legacy PowerPC apps on your Intel Mac. You can check whether an app is PowerPC-only in the Kind field of the Get Info window invoked by hitting the Command + I combo on an app. Even if you don’t install Rosetta, the Software Update will offer to download and install Rosetta the moment you try running a PowerPC app.

Snow Leopard will retain a QuickTime Pro copy if it finds a Pro license on your system.

The installer will automatically keep QuickTime 7 if you install Snow Leopard on a Mac with a registration key for Quicktime 7 Pro, moving it to the /Applications/Utilities folder.

You can also add the classic QuickTime 7 player yourself later, by downloading it from Apple’s QuickTime site. In either case, the installer copies the new QuickTime X player by default. Representing a radical departure from the steel-themed QuickTime 7 player, Snow Leopard’s QuickTime X features a borderless playback by fading out movie controls and the window’s title bar during video playback.

It also packs in a YouTube publishing feature, in addition to video trimming, screen recording, iTunes exporting, etc. Those who have a QuickTime 7 Pro registration key will find out that the player boasts a greater number of export options than QuickTime X – good thing both can co-exist on your system.