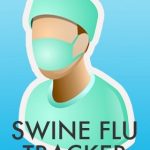 There is an iPhone app, IntuApps

, which has Swine Flu Tracker, waiting for approval from Apple before it’s released into the App Store. In it, you can see the current Threat Level for the disease, a map showing confirmed and suspected cases, a symptoms area to inform people, and an alert page for breaking news on Swine Flu.

Everyone is joking about Swine Flu because of the whole pig angle, but it is at least somewhat of a serious threat. And while this iPhone app may be the latest thing to capitalize on it, it’s also pretty useful as a way to know what areas to avoid on the go. It’s good to know that IntuApps will be giving the app away for free when it is available in the App Store.