Glenorchy in the way to Paradise (literally) 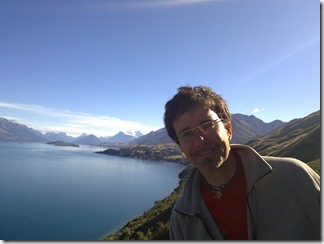 Today we left Queenstown and we headed to Glenorchy, not very far (around 45 Km) were we are now in a camping site, in a little bungalow. The scenery from Queenstown to Glenorchy is just amazing. Again we had perfect weather. Latter in the afternoon the clouds started to come but the rest of the day, just perfect. 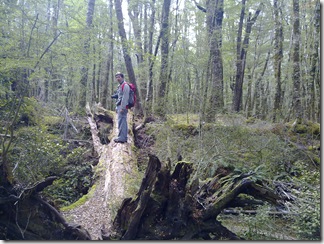 Following the edge of Lake Wakatipu, the road that goes from Queenstown to Glenorchy is ranked as one of the most scenic highways in the world. Once we reached Glenorchy and we left everything in the bungalow we continued to Paradise (yes, the place is called like this). Paradise was a major location for “the lord of the rings”. At the very end of the not paved road there is one of the ends of the Dart Track. We stopped there to have lunch but the Sand Flies just killed us… horrible. We took a couple who was waiting for the bus after 5 day trekking in the dart track and then went direction to Routeburn, where we did a trekking on the lake Sylvain. Amazing forest and nice lake. 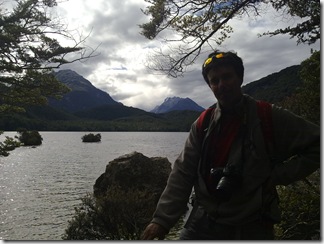 After that we went to Kinloch, just in front of Glenorchy and we had a te and a coffee with a home made ginger cake at the Kinloch lodge (actually the only building in the “town”).

Just to mention that the way to Paradise our little Daihatsu Sirion had to cross 4 rivers… yessssss. Now is like a dune. After running all day in non paved roads…

After the tea in Kinloch we returned to Glenorchy where we just had spaghetti for dinner. Now to bed. Tomorrow to Te Anau where we will go to Milford Sound. The weather there is not going to be good, but this is when we can go… we will see.