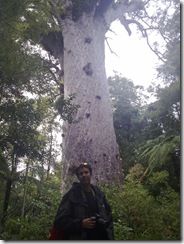 We went to bed quite late after our dinner and conversation with Dominique ( the Swiss) Adam and Jo the British on a tour for a year. We spent another hour trying to find the key of the cozy room we were given, and could not find it anywhere… The night was terribly windy and rainy, it woke me up a couple of times., so when the alarm clock went off at 6.45 took me a while. But it was the day for the perfect diving in one of the 10 best places in the world, finally!

We drove there and got a little bit lost in the middle, but the GPSs ( Dominique was also coming with us as he has missed the previous day because he overslept) helped us out. The sky was all cloudy and did not look very nice, but well not everything can be perfect. We arrived to the diving center at 8.10 ( we stopped over in the petrol station to buy something to eat for lunch), and there was Dominique listening to my friend ( the one who could have worked in the red district in Amsterdam) explaining something about 6 m waves and 25 nodes winds and blah blah blah. It took me 10 seconds to realize that we were not going to dive. She was going on and on about the weather and terrible conditions, and that it was dangerous and not worth it…I thought I was going to cry, the only thing I wanted to do in the North island was to dive in here, and now she was saying that the weather was not going to be good until Saturday. Saturday!! We are going to be close to Wellington on Saturday. I could not believe it, I was so angry, and there she was with her fake smile. Internally, I blamed her one thousand times, but it did not change anything, that was the end of my dream, no diving in NZ, SHIT!! or as the name of the village says for itself: Tutukaka ( Tutu : all in italian and Kaka shit in spanish) All Shit!!

Anyway, instead of diving, we took the road towards the woods. waipoua forest. They have the widest kauri trees of New Zealand. In the first stop you walk 20 minutes through the forest and there you start seeing incredible huge trees. Not because they are extremely high but because of the size of their trunk… In the photo is the widest one with nearly 14 meters girth and about 50 meters high. If you compare the high with the ones we saw near Sausalito in the US it is not that much (those were about 150m high), but this ones, seen from the bottom are something that I have never seen.

After the walks in the forest we headed towards the Coromandel peninsula, where we intended to sleep. We passed Auckland and we got there in the evening, around 7.30pm We slept in Thames, in a nice typical Kiwi house. Nice experience. We went to the supermarket and we had a proper dinner in the house, with wine and pasta 😉

The following day we would explore the peninsula, but the weather it is not going to be nice.