Auckland and on the road 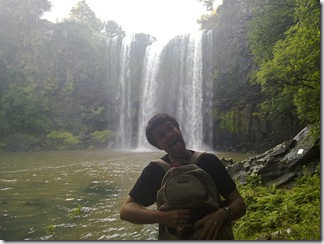 We wake up at our little room in the Aspen Lodge in Auckland. Early as usual. We went for breakfast and I updated the blog by buying some Internet wifi time. We have lost one day in our trip from Tahiti to New Zealand. I was even hesitating on the fact that I have booked the car at jucy for the first of March and I was convinced that it was 28 of February. Well, we simply lost a day. 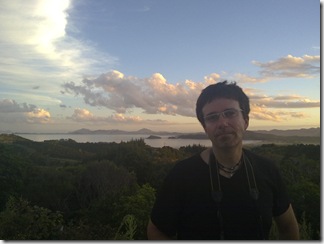 First thing we left the bags in reception and we walked to Juicy rentals. Sunday. Pretty dead. We reached there and smooth. We got our daihatsu whatever car. I will have to actually go and read the model and update this… Anyway, we took our little white car and went to the Aspen Lodge, parked it there (free to park on the streets on Sundays) and went walking. Basically we walked around the park and around Queen street. Nice. We bought a sim card for Nuria’s phone with a New Zealand number, so we could call hostels, and everything else (and most of them have a 0800 numbers so free) and we could also give a number if they wanted to call us back. It was $35 with $10 of credit. Great deal.

We walked to the port, bought an ice cream but we soon went back to the hostel to pick up the bags and put them in the car in order to start the trip.

First thing was to cross the bridge with Devonport, in front of Auckland with an amazing view over the city. We had lunch there, and we continued our journey towards the north.

We stopped at the most visited waterfalls of New Zealand and we continued to Tutakaka, where we stayed in a camping (in a bungalow) hoping that the next day we could dive in the knight islands.

We had dinner in the only restaurant in the Marina and went to be. 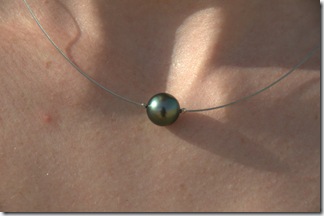 By the way, this is the Nuria’s pearl.