“The Shorebreak Art of Clark Little” is nothing short of epic. Getting inside, over and under 30-40 foot waves is no small feat, especially with bulky camera equipment, and a goal of finding that perfect angle and lighting condition that makes a perfect shot. 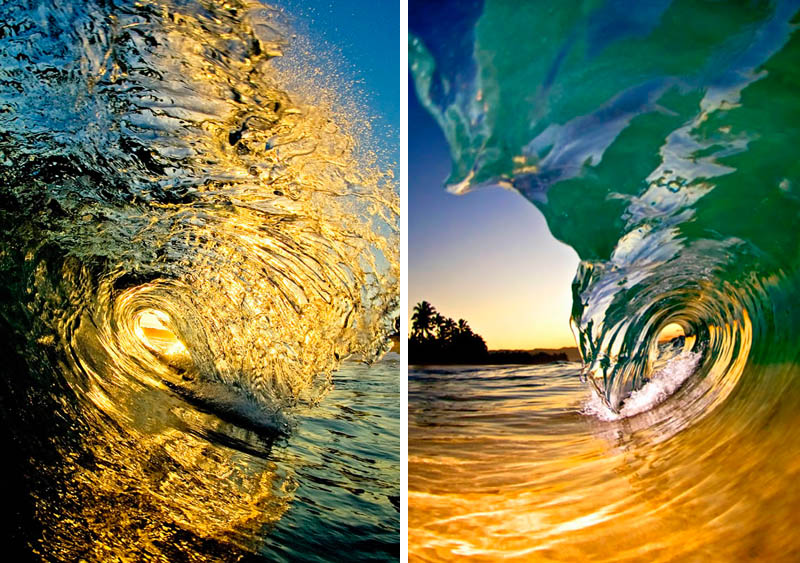 Clark Little is pretty well known today as the foremost shorebreak art photographer (his art has been seen on “Good Morning America”, and featured in a number of glossy magazines all over the world). But as much as we like the fantastic shots of various wave’ innards, we are even more impressed to see him pitched against dangerous, massive amounts of water – violent waves, where you only have a moment to make that shot and to get out of the harm’s way. 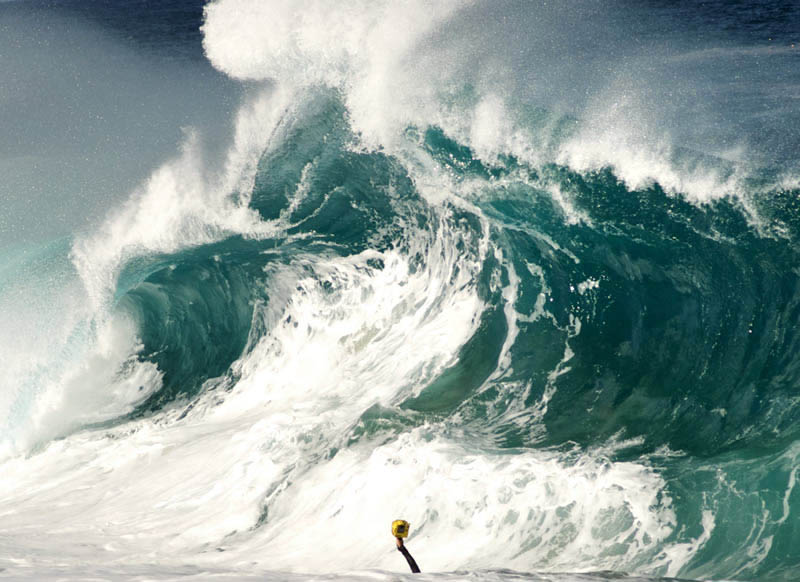 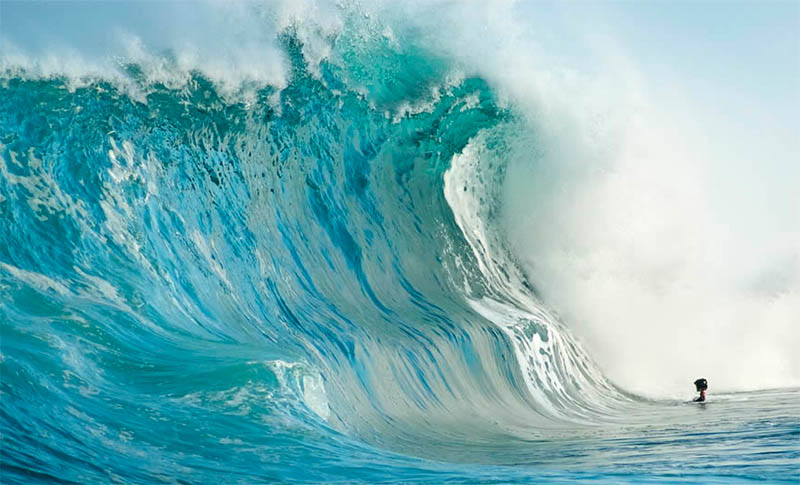 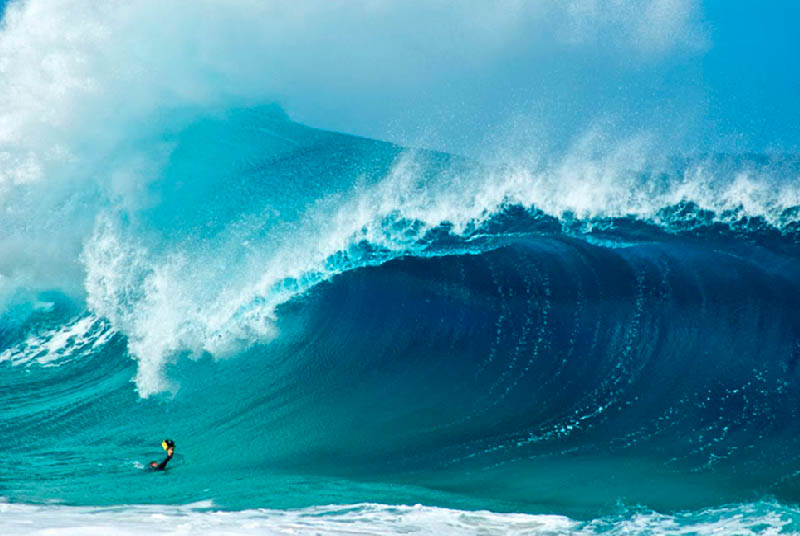 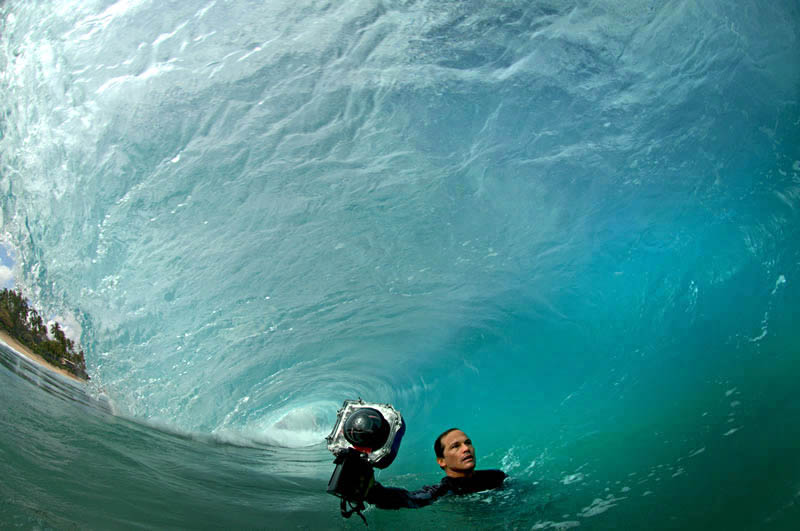 (Clark with his camera “inside” and “under” the waves)

Encounter with a Wave (almost alien-like in intensity, if you ask me): 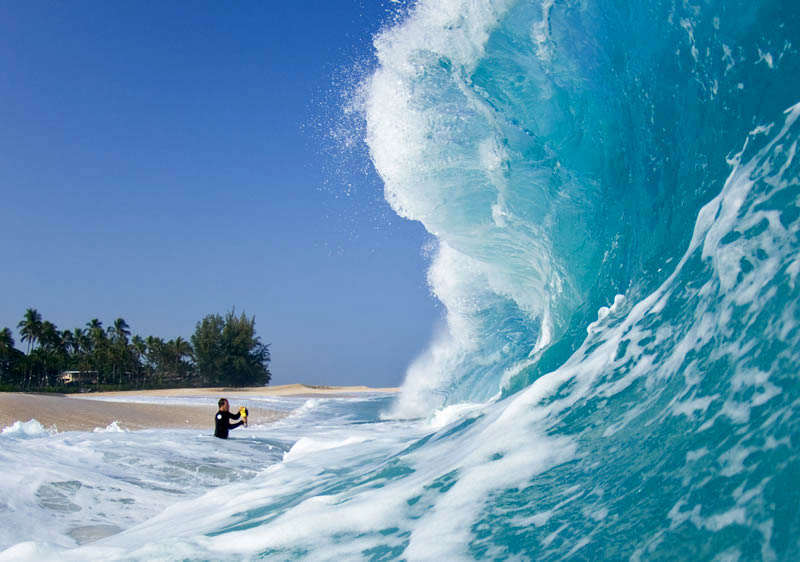 The Result: Out of This World

A glorious, almost Mandelbrot-like complexity is simply striking in this “Glitter” photograph (our favorite): 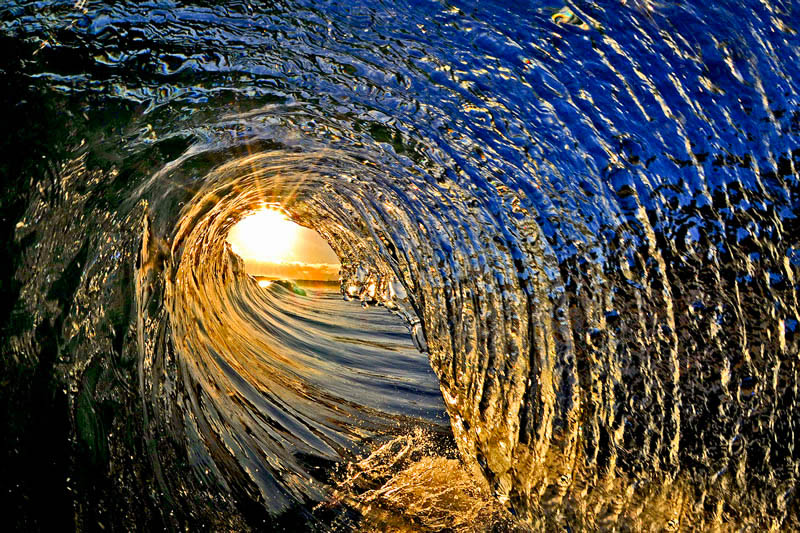 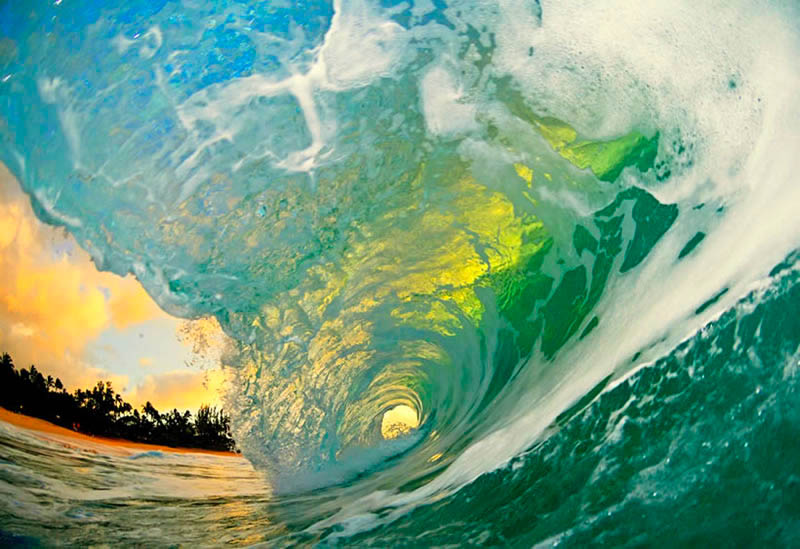 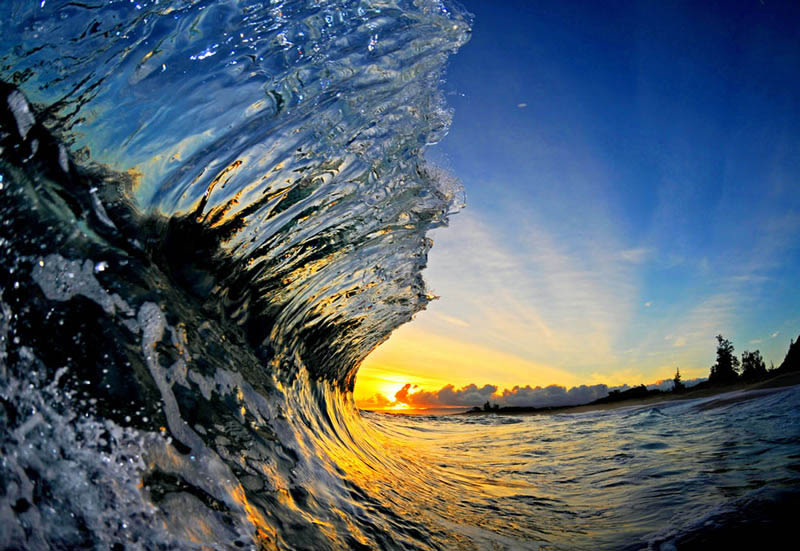 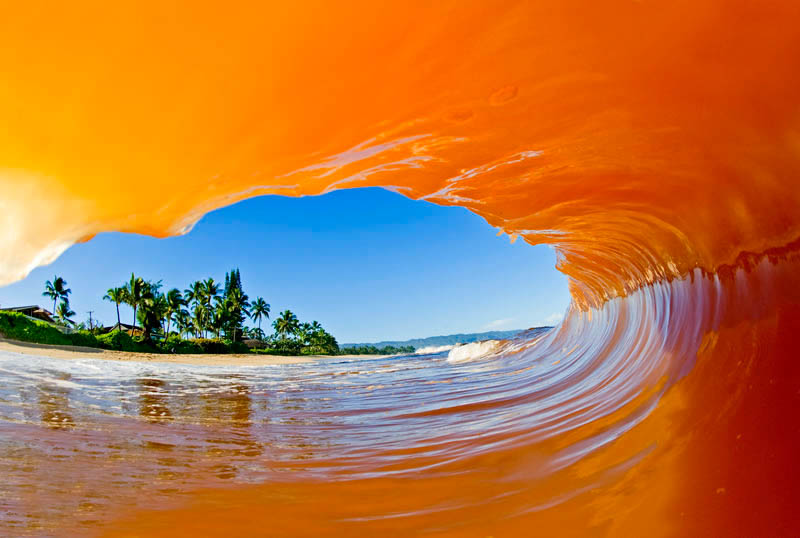 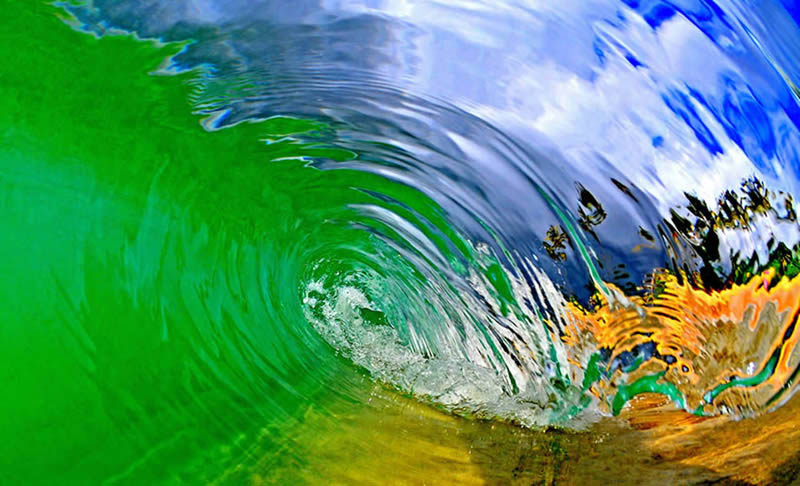 There is also a place for pure abstraction, even psychedelic touches: 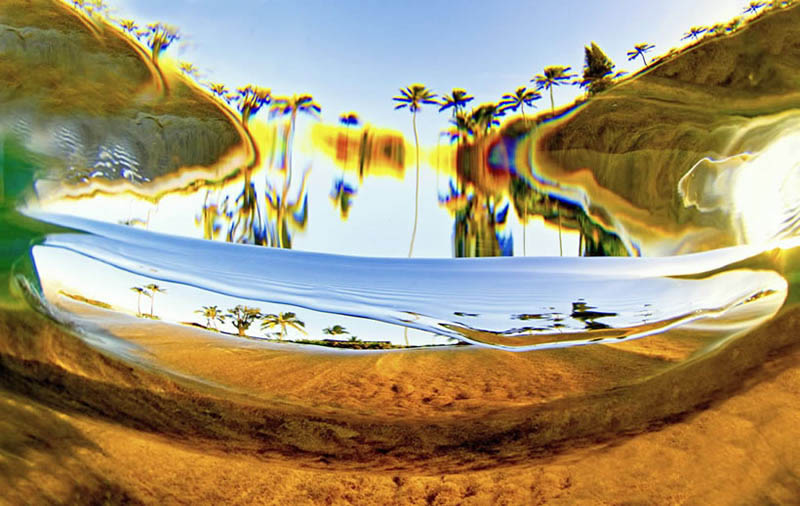 This image is titled “The Twelve Disciples” – see if you can spot some faces inside that wave, too: 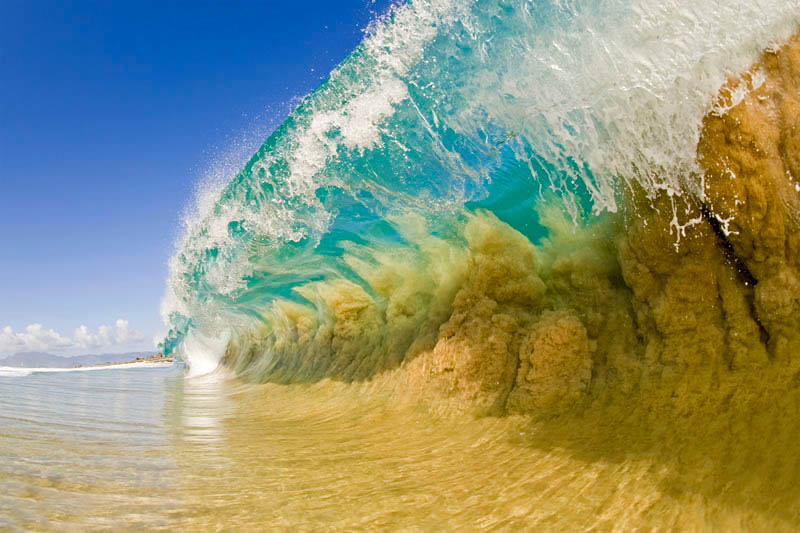 Here is perhaps his most famous image: the wave’s “mohawk”, an amazingly colorful splash, featured recently inside National Geographicmagazine: 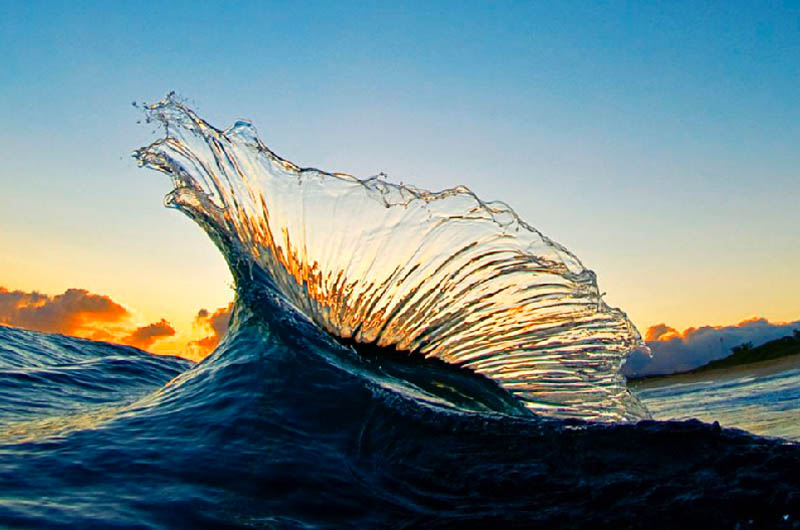 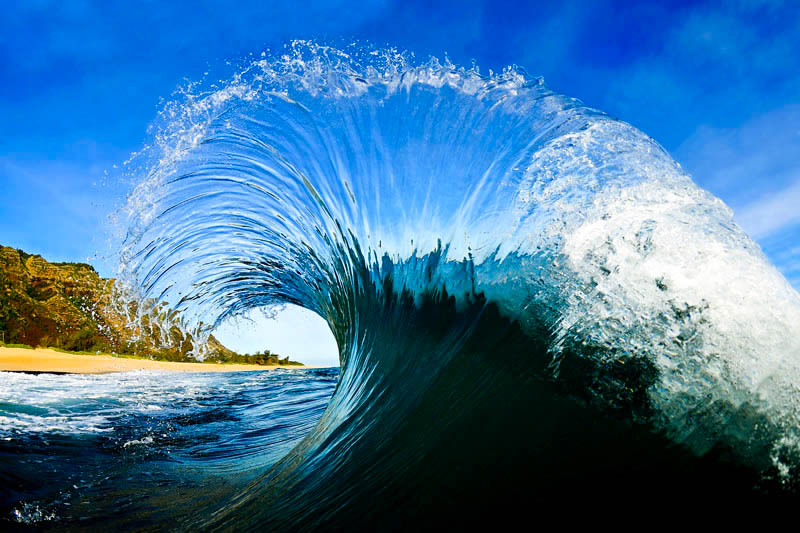 Inside the belly of the beast: “The Twister” photograph shows what a violent wave is made of – 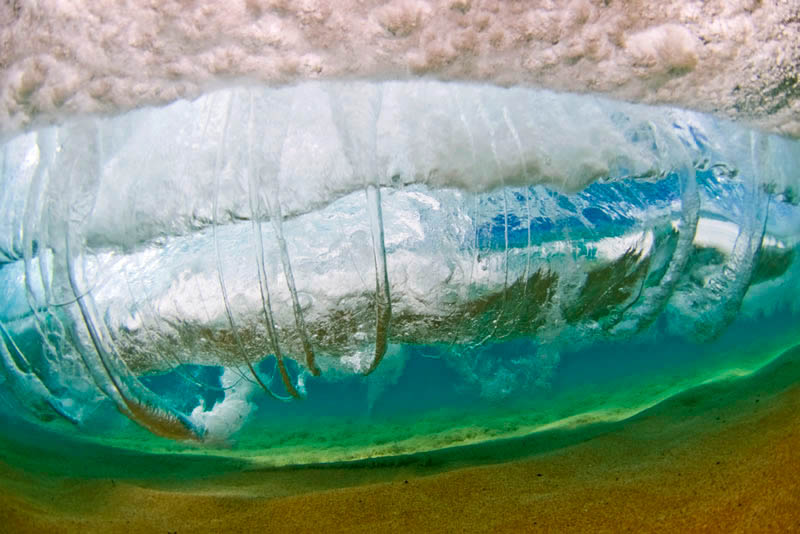 Even in the absence of killer monster waves, the shorebreak art can look slightly alien… Here is the little “Frosty” guy: 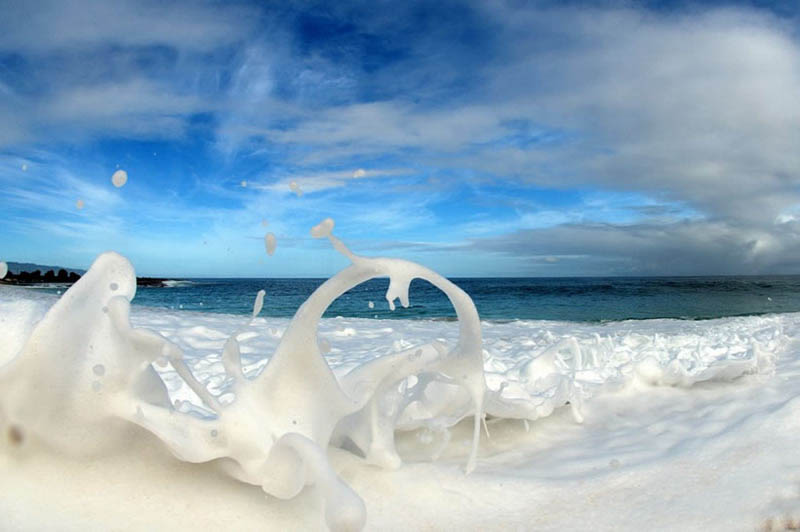 Can’t get the computer screen wide enough and HD TV capable enough to give justice to Clark Little’s slices of glorious wave eye-candy? Well, now you can order his book, a coffee table-sized huge book, in fact arguably a “mother of all coffee table books”: 182 pages, over 100 photographs, 12×12 size, weighing close to 7 pounds.

Make sure you own a coffee table big enough to do this book justice (you might have to move your coffee cup closer to the edge, but then you might be already seating at the edge of your seat – with excitement over Clark Little’s fantastic images).

Some of Clark’s newest images can be seen here… don’t forget to look for his book in your bookstore, or order it online.